The quarterly financial results of the listed #insurtech carriers were published in August's first days. Their depressed evaluations (which I have commented on in the last newsletter edition 👉 Will Insurtechs ever walk the talk? ) have been somehow positively moved by the expectations before the result announcements (mainly Lemonade and Root), and by some messages provided in the analyst presentations (mainly Hippo).

I was on a business trip in Sao Paulo (Brasil) these days, and my mind flew to August 2017. I was in Sao Paolo precisely five years ago (I'm a creature of habit 😅 ...and August is the only month of the year that I don't have meetings with Insurers in Europe) and I posted about Lemonade's financial results. As frequently happens on my posts, the most exciting part has been the tens of comments addressing the topic from different perspectives. 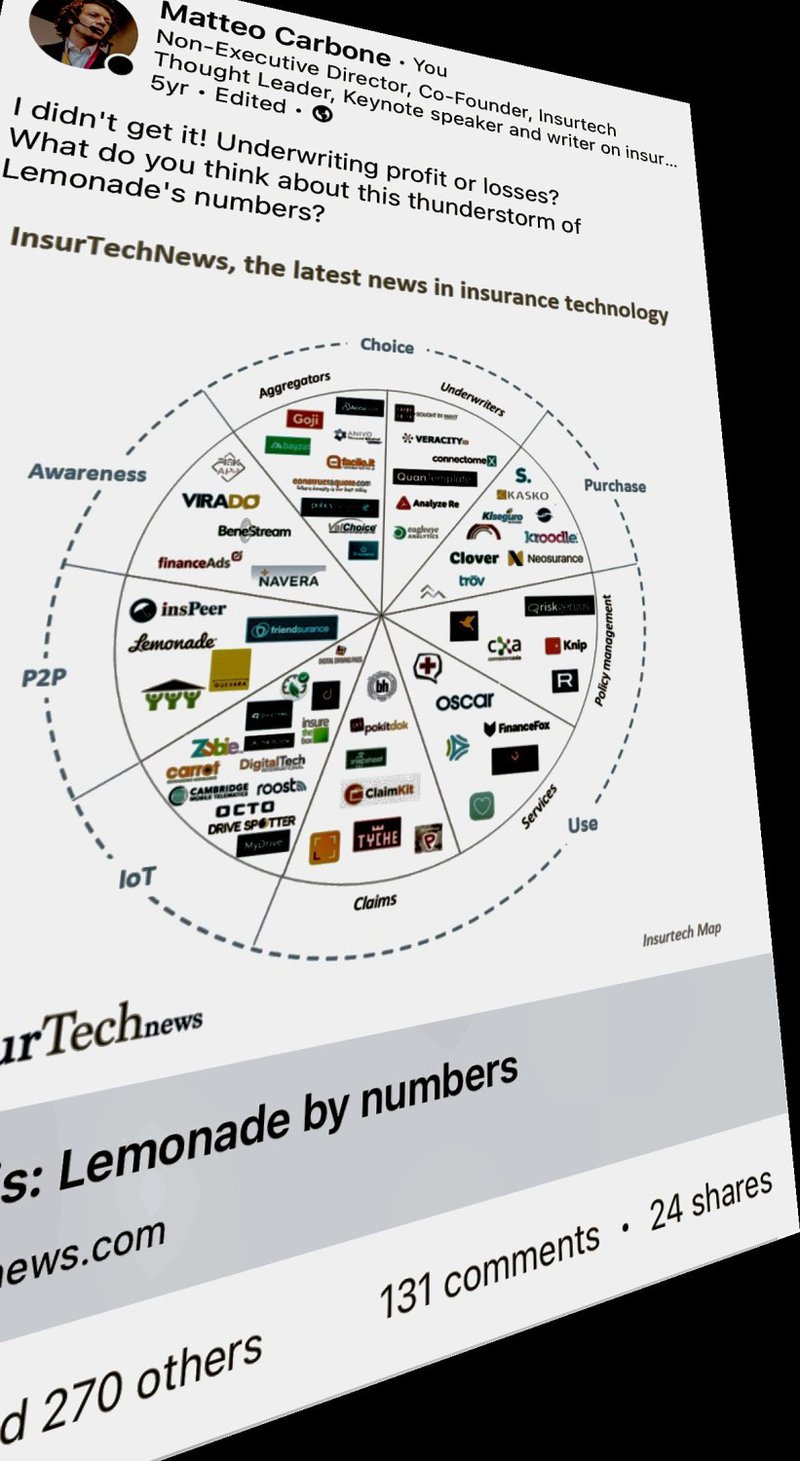 I have let settled the dust after the analyst presentations, so here we are with the August edition of the Insurtech Facts & Figures Newsletter.

Their evaluations have not been significantly improved (Root has even significantly deteriorated) by these last KPIs or by the management messages in the earning calls and returned to early summer levels. Their evaluations are still down by more than half from the beginning of 2022. We are still waiting for a clear sign that one of them can survive in the middle term. We are still waiting for Godot.

Let's look at some of the trends shown by the trio of the survival island saga. 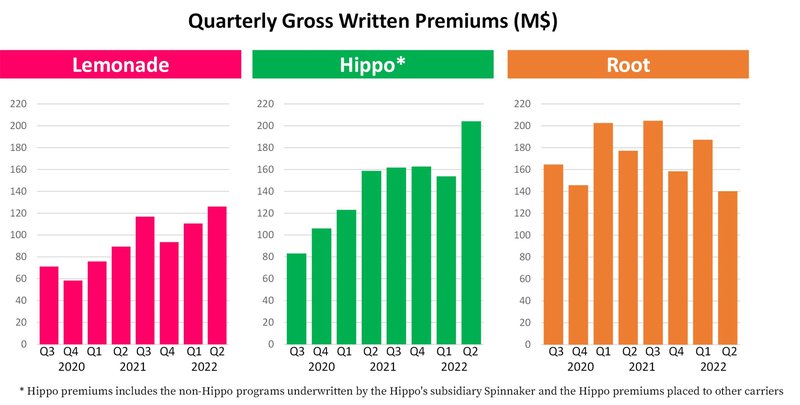 We have a positive sign from Hippo, which has underwritten more business than in the previous quarters. Instead, Root is shrinking its portfolio (the number of their auto policies had been reduced by more than one-fifth in the last three quarters) 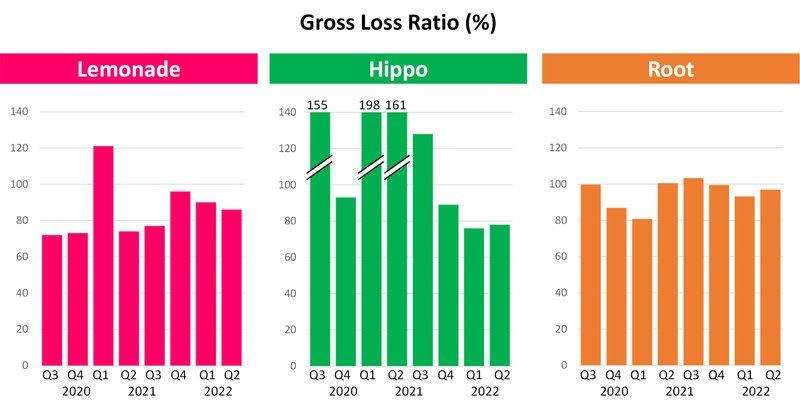 Hippo again stood out: it has provided some good news to its investors. Nothing significantly positive about Lemonade or Root. However, they are trying with the "seasoned policies" narrative. Unfortunately for them, we are talking about an insurance portfolio, not a bottle of champagne 🤷♂️ You can read in the comments of the post below a deep discussion around this concept 👇 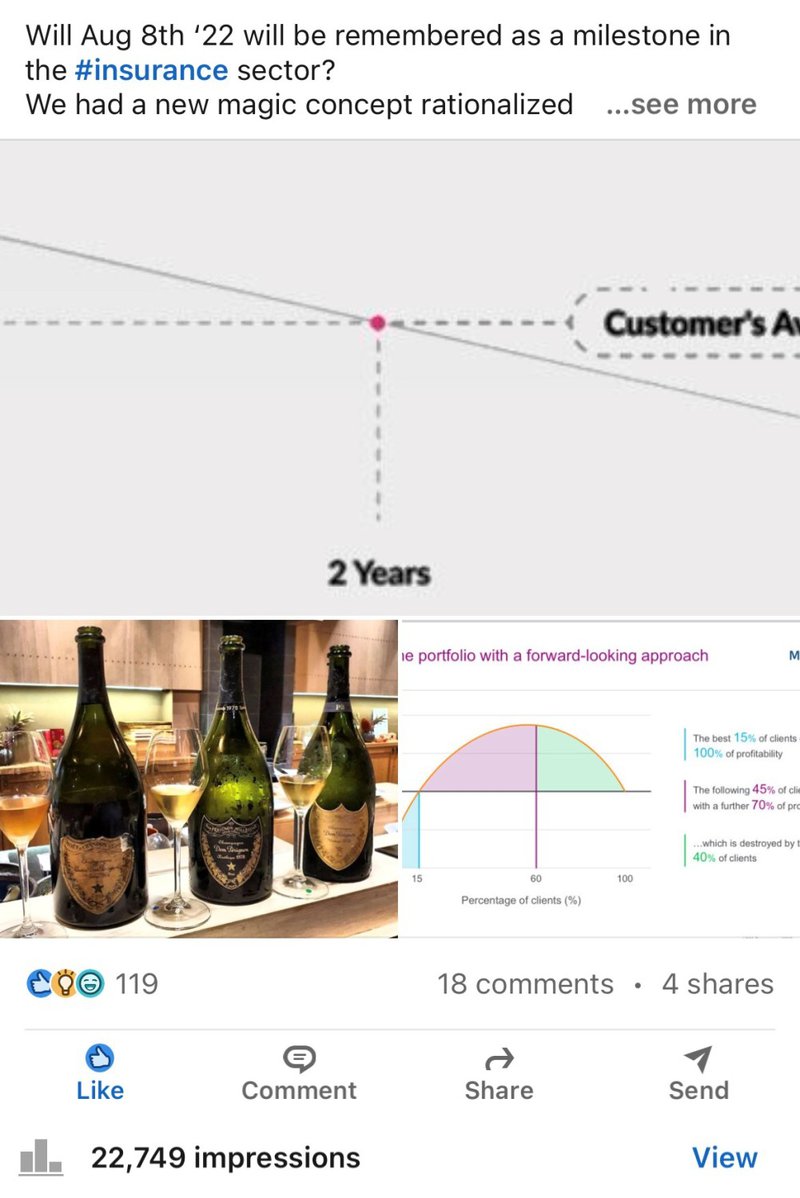 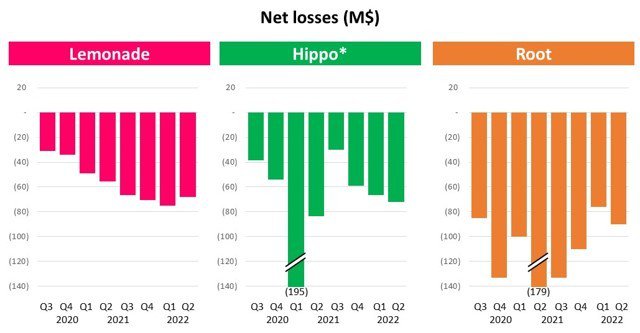 Each of them is still losing tens of million each quarter. This is still the major problem for each of them, even if they still have a pile of cash to burn.

Overall it seems that Root is the player characterized by the worst trends. I highlighted in one of the previous editions of this newsletter that "Root is not using telematics data well for pricing and risk selection. Moreover, they have even denied the usage of telematics data for claim management and for changing driver behaviors."

A player such as Root - which has focused all its equity story on telematics - cannot miss nowadays having continuous monitoring and using the telematics data to improve the driving behaviors of its policyholders. It is well demonstrated how: 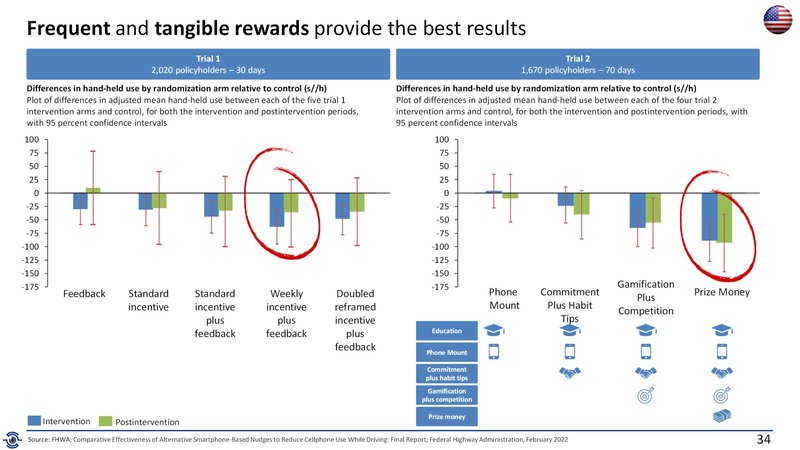 
What if ... it doubles again Only when the tide goes out do you discover who's been swimming naked Will Insurtechs ever walk the talk? Insurtech must be taken seriously Is InsurTech a superpower? Parametric Insurance & the Climate Case for Crypto KYC Remediation: Converting the backlog challenge into an opportunity Aug. 25, 2022 • Şebnem Elif Kocaoglu Ulbrich
Creating a new venture during economic uncertainty is not for everybody. Yet, during every crisis lies a great opportunity.
Read more »