Are NFTs a Money Laundering Gold Mine?

NFTs are hot. Sales of NFTs jumped from $13.7 million in the first half of 2020 to $2.5 billion in sales during the first half of 2021. What’s an NFT? NFTs are defined as non-fungible tokens, but are better explained as digital-only assets, and typically represented by works of digital art (images, gifs, videos, in game assets), some of which have sold for huge sums of money, such as Beeple’s ‘Opus’, which recently sold at a Christie’s auction for a stunning $69 million. An NFT named ‘Cryptopunk’ sold at a Sotheby’s auction for $11.8 million.

For the auctioneers it was just another day at the auction house! What makes these sales unique is that for the first time the auction houses are selling artwork with no physical form! In the case of Sotheby’s, NFT sales are part of a new and ongoing program called, Natively Digital. A Curated NFT. For buyer security, Blockchain authenticates each NFT, providing it a unique and permanent record of ownership. What the buyer does with the artwork is up to them, but I sense the purchase of an NFT today is mostly about status, rather than the art itself. I don’t really get the allure. Yet.

That being said, celebrities and athletes are getting into the NFT game now. Simon Biles, America’s sweetheart and the best gymnast in history, recently announced that she was joining the advisory board of Autograph, an NFT platform co-founded by the GOAT, Tom Brady. Autograph is selling its “Preseason Access Collection”, artistic autograph NFTs from Biles, Tiger Woods, Tony Hawk, Naomi Osaka and more. As for Biles’ impression of NFTs?

“They’re unique and shareable, you can keep them for as long as you want. So I thought, why not? This is a new trend and it’s super exciting for people who collect and do these NFTs.” 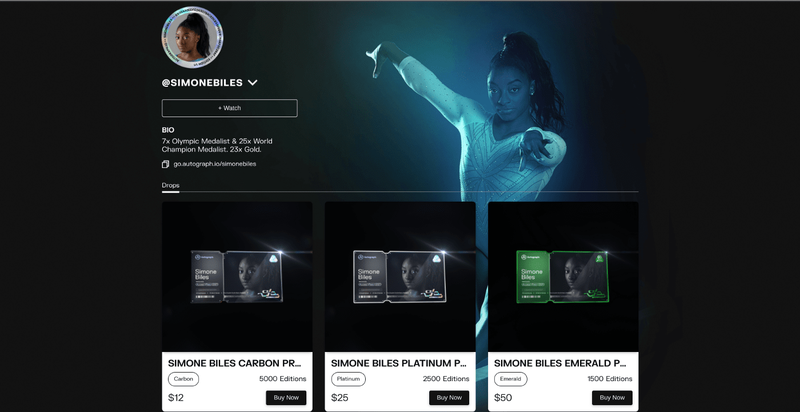 NFTs are not all that new (they have been around since 2014), but the massive, recent increase in popularity, sales and breadth of NFTs is new. According to an article in Fortune Magazine, the Open Sea NFT exchange jumped from $8 million in sales in January of 2020 to a whopping $95 million in sales in February of 2020. In addition, venture capitalists funded Open Sea to the tune of $23 million thus far. There are known VCs circling the NFT waters, including Mark Cuban, Salesforce CEO Marc Benioff and A16z Crypto, a subset of Andreessen Horowitz. That group alone could give the NFT marketplace a lot of credibility.

As I mentioned earlier, NFTs can be just about anything — virtual cannabis farms, art, videos, short films, gifs, movie tickets (although you can’t use them to see a movie), or even snapshots of sports history. But what if I want to be more interactive with my NFT? They have that covered too — NFT horse breeding and racing. You didn’t know this was a thing? NFT race horses are a bit different breed in that they are known as ‘breathing NFTs’, because the owner has to actively manage the NFT as a breeder or racehorse owner. In the case of a racehorse, the owner can make money from it on the track every single day, whereas with NFT art there really isn’t much to do with it, other than feel good about being the only one in the world to own that thing, and then of course sell it for profit later.

According to an article in the New York Times, a single NFT horse was sold for $125,000 on Zed Run, a popular digital horse racing platform, but that was months ago. By now that same horse could be trading for a million dollars or more. Laying out the details for you on just how NFT horse breeding and racing works, however, is not the point of this piece. What I’d like you to consider is how much money is already being invested in NFTs.

The big question is — considering all of the excitement around NFTs and the constant movement of large amounts of digital currency (ETH/Ethereum) — is there an easy way to quickly launder some cash here? As luck would have it, there is! Here is an exact scenario, laid out by the infamous Mr. Whale in a wild blog post entitled, Money Laundering Tutorial: How to Launder Millions With NFTs:

“Let’s assume you have $10 million in illegal profits to launder:

Step 2: Buy your own JPEG for $10 million (with the illegal money)

Tax evasion through NFTs can also be easily achieved through the same strategies employed using physical art: mint eleven NFT’s, sell one to a friend for $10,000, donate the other ten for a $100,000 loss. Easy-peasy!”

Add in unique market variables like the old school parliament of daily betting at the horse track and suddenly you are staring at an online cash washing racket that has old and new school FinCriminals finally working in concert. 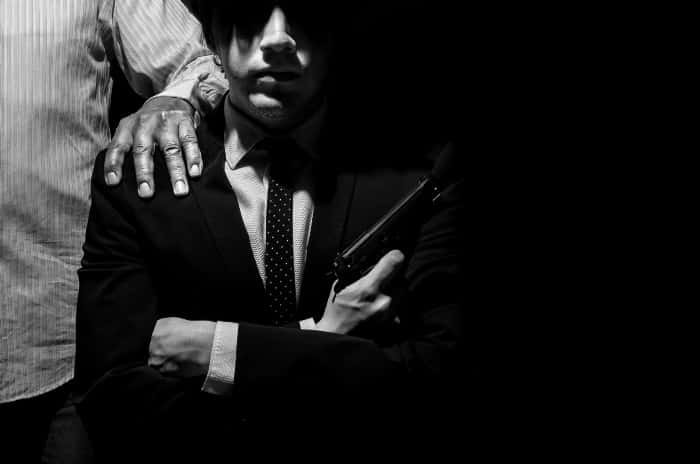 As far as most FinCriminals are concerned, the NFT is the shiny new thing. Jesse Spiro, the chief of government affairs at the blockchain analysis firm Chainalysis, recently told Techcrunch, “when it comes to money laundering, easier isn’t always best. The bad actors are looking for the ways that are most likely for them not to be caught laundering money, and while that’s not to say that it is NFTs, if they find an avenue that they can exploit, they will. They are always probing the fence and looking for the holes.”

How long can it last?

As with all new things money laundering related, it will last until the NFT exchanges — Nifty Gateway, Opensea, Rarible, Foundation and others — employ what the banks, cryptocurrency services, and online investment platforms have implemented; anti-money laundering (AML) software and policies. The buck always stops when the crooks can’t wash their cash. It has happened on the streets, it has happened with the cryptocurrency services and the initial coin offerings (ICOs), and with the online investment platforms. It takes a bit of time to build out a solid defense against FinCriminals, but once it is in place the offense struggles to score goals.

As the popularity of NFTs continues to grow as well as the size of the prize, I think the NFT exchanges will fall in line in the near future with the same type of regulation we see around cryptocurrency, and that there will be a major crackdown soon backed by AML and know your customer (KYC) regulations. For the time being, however, the NFT market is ripe for money laundering activity, and who doesn’t enjoy a good ol’, honest horse race!

Richard Paxton is the founding partner and CEO of Alacer Group, a consulting firm and technology solutions provider. He is responsible for partnering with clients to identify, develop, and resource initiatives to help organizations achieve both short and long term objectives.

Oct. 5, 2021 • Samuel Feldman
An expected move from China has crypto investors scrambling in uncertainty as they wait for the world to react.
Read more »

Evaluating NFTs beyond the hype - [Part 3/3]

Sept. 17, 2021 • Himanshu Kolhekar
80% of the central banks around the world have agreed that they are working on creating their own Central Bank Digital Currency (CBDC)
Read more »