Where did the most successful early-stage investors bet on last year?

According to the Emerging Tech Indicator (ETI) from Pitchbook, an index that tracks early- and seed-stage deals involving 15 leading VC firms, ETI investments reached $10.2 billion across 221 deals in Q4 of 2021. The largest deal of the quarter included the $725 million series B round for Forte, a technology platform that helps game developers integrate crypto-economics, making Web3 & DeFi the most significant investment theme last year.

What do Web3 and DeFi mean and what does it mean for investors?

“Web3” has emerged as a term used to refer broadly to the emerging industry for decentralized software protocols and blockchain products, DeFi can be understood as the emerging class of financially focused products within it. While crypto and blockchain have been around for more than a decade, I believe the results from the report show we are just scratching the surface in terms of business applications for these technologies and that all the buzz around NFTs that took over friends’ conversations and Wall Street media last year also resonated with professional investors.

What role do prominent industry players have in all this?

In under-the-radar news last week, the payments-giant Stripe announced it would bring back crypto business support, allowing merchants and exchanges to take crypto payments with their signature software solutions after four years of pulling out of this product line. On one of the other largest deals last year, a high-profile NFT and exchange platform, FTX tacked an additional $421 million Series B (with a further $400 million Series C announced in Q1 2022), bringing its total raised to $1.9 billion. Guess who they picked to partner with to improve its identity compliance features and fiat onboarding workflows for users? 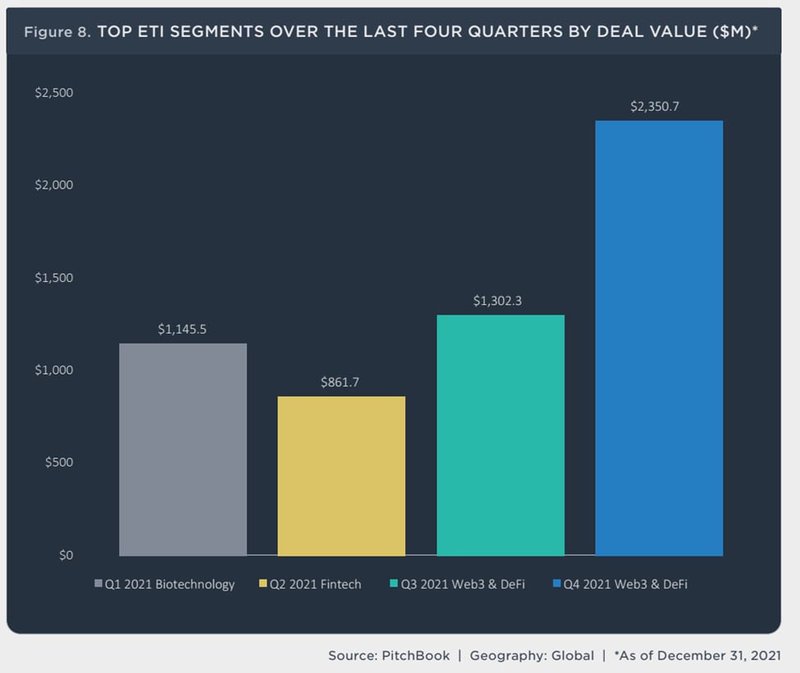 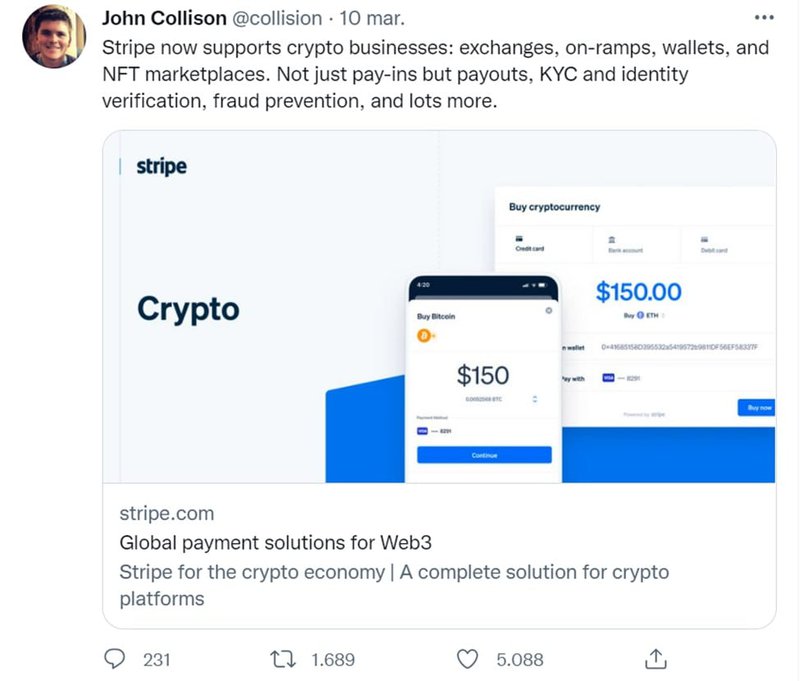 Originally from Mexico, I started my professional career working for a private investments fund and transitioned into the corporate world doing M&A and Corporate Venture Capital for one of the largest retailers in my country. I am passionate about investments, e-commerce, and fintech in particular. After completing my MBA at Darden School of Business, I am looking for opportunities to work in the field of management consulting, fintech, and e-commerce. I started writing as part of a personal project, and I want to start sharing with people who want to read me and provide feedback. I am a native Spanish speaker and fluent in English. Linkedin, Personal Blog


The Future of Sustainable Finance DAOs, Reputation and the Future of Work 4 Ways the FinTech Industry is Helping Farmers Fintech and the Metaverse: The Possible Connections Between The Two Major Tech Sectors “Buy Now, Pay Later” Struggling in 2021 After Major Success during the Pandemic Why Nobody Cares about FinTechs'​ Profitability?

The Growth & The Future of Mobile Payments [Infographic]

April 4, 2022 • Orla Forrest
infographic about the history of mobile payments, where they are today, and where they are headed in the future
Read more »

March 31, 2022 • Adam Fard
"Dark patterns" is a design within a user interface that has been purposefully created to trick or lure users into doing things that they may not otherwise have chosen to do
Read more »

March 30, 2022 • Mohammed Kafil
80% of the banks plan to implement cost-reduction plans to control their expenditures in the next two years
Read more »