It’s time to reduce our CO2 emissions. But is blockchain technology one of the keys?

To achieve its CO2 reduction targets, the EU has undertaken under the Paris Agreement to reduce its greenhouse gas emissions by at least 40 percent by 2030 compared to 1990 levels. According to the European Environment Agency, the European Union is the third largest greenhouse gas emitter in the world after China and the US. In 2015, the energy sector accounted for 78 percent of EU greenhouse gas emissions. Joint mitigation measures are crucial, as climate change affects all EU countries, albeit not in the same way. The Mediterranean is expected to experience more extreme heat and less rain, while continental countries are at higher risk of river flooding and forest fires. The blockchain technologies are also energy-dependent since the mining process as such requires enormous amounts of energy. The Bitcoin mines settle in countries where electricity is cheap. However, many approaches demonstrate the compatibility of blockchain technologies and the fight to reduce CO2 emissions and, as a result, allow the environment to benefit from the use of such new technologies.

The EU and individual countries launched a series of ambitious legislation and technical control options to meet its environmental objectives.

The EU Emissions Trading System (hereafter: EU ETS) was established in 2005. It is a vital instrument of the EU to achieve its climate goals. The EU ETS is specifically aimed at industry. It obliges more than 11,000 power plants and industrial manufacturing facilities to have eligibility (in the form of emission certificates) for every tonne of CO2 they emit. The system should create a financial incentive to pollute less. Companies can acquire emission allowances through auctions, whereby the price can be determined by supply and demand. One of the peculiarities of this system is that some allowances can be allocated for free. It applies in particular to those sectors with a risk of companies relocating their production to other countries with less stringent emission requirements („carbon leakage“).

The current emissions trading regulation will run until 2020. The envisaged reform aims to shape the future post-2020 EU carbon market, with the Paris Agreement pointing at a stronger cap on greenhouse gas emissions. The proposal provides for an increase in the annual reduction of emission allowances to be auctioned and boosts the prices.

Other areas of the economy

Other areas of the economy that are not covered by EU emissions trading, such as transport, agriculture, account for almost 60 percent of total EU emissions. Emissions from these non-ETS sectors are projected to be reduced by 30 percent by 2030 compared to 2005, according to plan. This project will be implemented via agreed national emission targets calculated and based on gross domestic product per capita. It supports low-income EU countries. In the context of achieving these objectives, the burden-sharing regulation plays a unique role. The Effort Sharing Regulation lays down binding reduction targets for each EU country.

EU forests absorb the equivalent of 10.9 percent of total EU greenhouse gas emissions each year. The EU wants to use this power to combat climate change. New laws aim to avoid emissions resulting from deforestation. Each EU country is obliged to compensate for land use changes leading to CO2 emissions through improved forest management or afforestation.

One of the most recent national approaches to the achievement of European climate goals goes back to the proposal of the German political party Bündnis 90/Die Grünen. It wants to drive climate protection by increasing the price of CO2 when driving and heating. For each tonne of carbon dioxide emitted, 40 euros will initially be due as a CO2 price. The political party wants to return the additional revenue to the citizens by largely abolishing the electricity tax, which means a reduction of 6.5 billion euros. Each citizen receives also an annual “energy money” of 100 €. 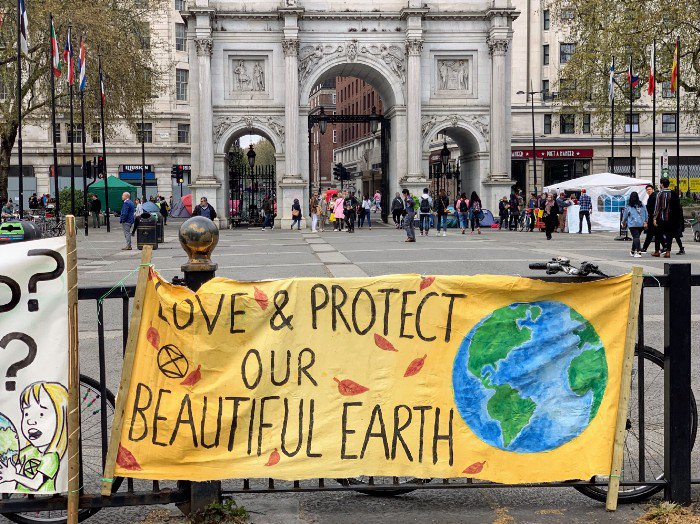 The blockchain technologies are energy-dependent. Research has argued that bitcoin mining energy consumption contributes to high CO2 emissions and may reach levels that could affect national climate change commitments. US researchers demonstrated the fact that cryptocurrencies have a lot of environment vulnerabilities in the journal Nature Sustainability in 2018. Another study was conducted in 2019 in Germany. According to the results of a study by the Technical University of Munich, the use of Bitcoins worldwide causes around 22 megatons of CO2 per year – similar to Hamburg, Vienna or Las Vegas. When a Bitcoin transfer is executed and documented, a computational task must be solved by any computer in the worldwide Bitcoin network. In return, network users will be rewarded with bitcoins for providing the computing power of their PC´s. The computer capacity used to mine the cryptocurrency has risen sharply in recent years. Statistics show that it quadrupled in 2018 alone. In this respect, the digital currency Bitcoin is referred to as climate offender.

In addition to the critical voices on the compatibility of emissions and the latest technologies, including blockchain technologies, several researchers and developers of technologies in Blockchain, in particular, see a way to accelerate the transition to a low-carbon global economy by replacing the traditionally centralized ones opening up carbon markets to a wider variety of actors.

As a result, several questions arise about the scenarios and use cases that could lead to the transition to a low-carbon economy through blockchain technology.

Emission trading systems can be mapped on a blockchain. In cap-and-trade systems, certificates can be issued according to transparent criteria and subsequently traded. In “baseline-and-credit” systems, it is possible to reward individual CO2 producers for their emission reductions automatically. The Blockchain can create a direct connection between energy production, consumption, and associated CO2 certificates.

The strength of this system is that the blockchain technology can transparently map the documentation of certificate usage. The recording of the allowances takes place via a purely electronic, unified European register (Union Register) under strict security precautions. The register records certificates in automated accounts. The trading of the certificates takes place in turn via stock exchanges, brokers, or over-the-counter (OTC). The auction can take place either on a joint or separate national auction platform. There are several marketplaces where the certificates can be purchased or sold (European Energy Exchange (EEX), European Climate Exchange (ECX) or Energy Exchange Austria (EXAA)). The potential of this use case is to be rated as high due to the large trading volumes and the advantages and disadvantages of exchanges and OTC trading.

The company IBM has perfected this use case. For example, IBM and Veridium plan to launch a system that outperforms existing carbon credentials in speed and performance. The application based on the public Stella Blockchain is intended to ensure that emission certificates assert themselves. So far, the trade in allowances that provide for CO2 reductions, offsetting the output of companies and industries, has been somewhat complicated: not only have certificates for the production of renewable energy lost value over time, it has also been a lengthy process to acquire at all. With the support of this system, the trade should be operated much faster and more transparent.

Swytch is an ambitious project to reduce CO2 emissions around the world. In developing the plan, the developers took the overall trend: currently, nations have renewable energy technologies, and solar panels are no longer among the most expensive assets. The background of this project is the offer of incentives for producers and end users who are actively involved in reducing their emissions.

The blockchain can be set globally, works in real time, and is transparent and secure. The company combines blockchain and IoT devices such as smart meters and other sensor-based instruments with each other. It results in data on the emission of greenhouse gases, or how much renewable energy was produced, how sustainable is the behavior, and how much it influences the CO2 emissions.

At the heart of this system is the possibility of using the data in the big cities to get an idea of ​​their actual emissions. It allows regions to identify vulnerabilities better and eventually to develop solutions. The platform is based on blockchain technology, and therefore, the system does not require a centralized inspection center or administration. Swytch has designed the Open Oracle to evaluate and analyze the data. This algorithm uses Machine Learning and Artificial Intelligence.

Drafting legislation and compliance mechanisms to reduce emissions and support sustainability and efficiency projects is an essential part of today´s work to reduce emissions. Global climatic changes make this issue one of today´s key concerns. The blockchain technologies require energy feed-in, whereby their use can contribute to the realization of the environmental goals due to the transparency and diverse application scenarios. All of the pilot projects mentioned in the article demonstrate that blockchain technologies will play an essential role as a backbone for a world in which CO2 emissions and credits can be traced transparently and reliably. Retailers will be able to sell a product while taking into account the associated emissions. Governments will be able to measure, track, and act on emissions transparently. Consumers can thus understand the environmental impact of the product they are buying, and millions of micro-transactions can be scaled to produce a tremendous collective impact.