Why should an incumbent buy a full-stack insurtech?

Once upon a time, Insurtechs were used to talking s**t about incumbent insurers. Nowadays, they definitely have more sweet words for the sector.

Once upon a time, Insurtechs were used to talking s**t about incumbent insurers. Nowadays, they definitely have more sweet words for the sector.

Lemonade moved from affirming the customers' distrust in the sector to celebrating a partnership with a "known and trusted for years” incumbent.

Ring my 🔔 to receive my daily #insurtech posts 👉 https://bit.ly/RINGmyBELL

Similarly - at the last investor day - Hippo dropped the names of previous employees (all well-known Insurance incumbents) of their leadership team members to affirm the credibility of their plans:

As done last month for Lemonade (you can read it here), let's deep dive into Hippo's investor day (the entire recording from last September👉🎥) and quarterly figures.

In one of the previous editions of this newsletter, my comment about Hippo highlighted "their connected home approach and the embedded component [I like both these elements] and the bloody technical results of their book of business [I don't like them]".

The positive signs shown by Hippo in the second quarter have also been confirmed in the third one. 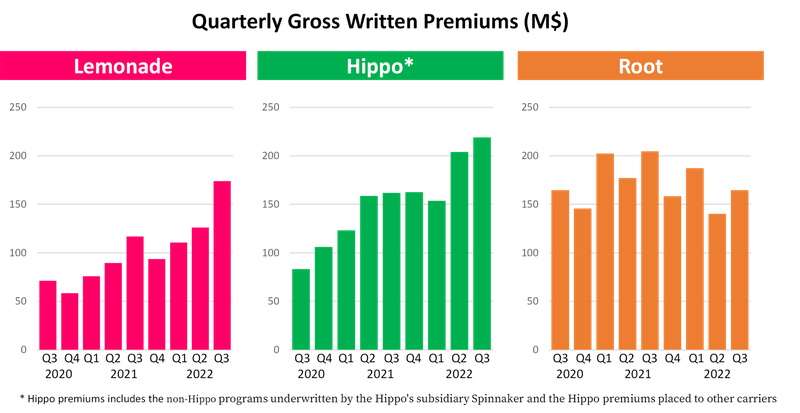 On the claim side, the signs are less positive. Last quarter had 110% loss ratio, which includes seven percentage points of favorable development of the claim reserves. Without considering this positive impact, it stays by far higher than the market in the same period (the top ten homeowner insurers had an exceptionally horrible 98% loss ratio in Q3 '22 based on the S&P Global data). 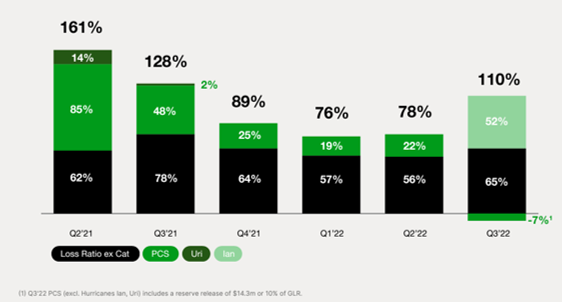 Even acknowledging that the trend is improving from last year, 89% achieved in the first nine months of 2022 is far from being a sustainable loss ratio.

Starting with a loss ratio close to 100%, the combined ratio doesn't look good at all..mounting to an unhealthy 138%.

The quarterly losses are still a major concern: $129M in the last quarter (even if $53.5M is for goodwill impairment change), which brings:

Considering the mounting losses, will the turnaround be quick enough to stop the beading before burning all the cash available? In each earning call, the management has reassured that they will "reach bottom line profitability without the need to raise additional capital". However, this is the big elephant in the room.

Some of the digital assets presented at Hippo management at the investor Day were pretty interesting. Let's look at them:

1) Embedded Distribution. Embedded insurance is the most hyped topic in the sector nowaways, Recently I commented that "everybody is trying embedding insurance somewhere". However, more people talk about it than the people currently selling policies. Well, Hippo performs pretty well with embedded insurance. They created a tech architecture to efflicatively manage it and an industrialized approach to scale these partnership. About 50% of their homeowner insurance sales in August (maybe they shared this KPI just because it was the best month) where from embedded insurance partners. Among these partners mortgage origitantors and bulders are the best performing (It makes totally sense if you think the tiphycal behavior of a homeowner insurance policyholder in the US: A survey the IoT Insurance Observatory a few years ago showed how about 60% of the families interviewed have had the same insurance coverage since they moved to a new home). 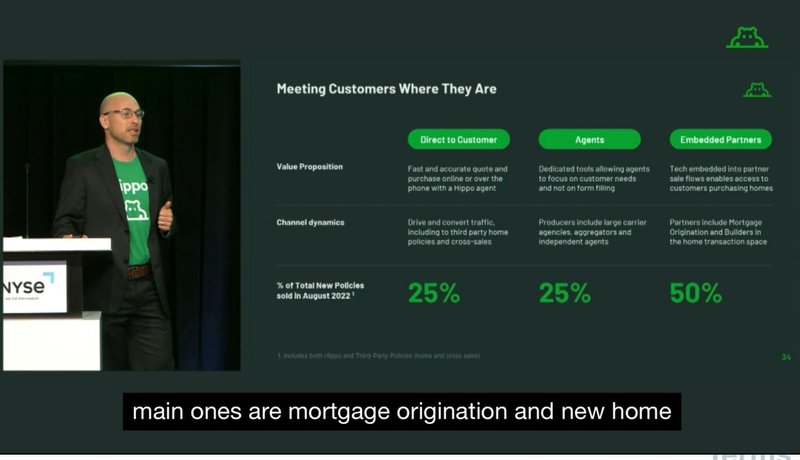 2) Smart Home. This has been one of the element of the Hippo's storytelling since the inception. Challanged about the benefits of this technology in some of the earning calls by analysts, the answers have been about the support in the acquisition of less risky homeowners (more self-selection of the risks than a real risk reduction). 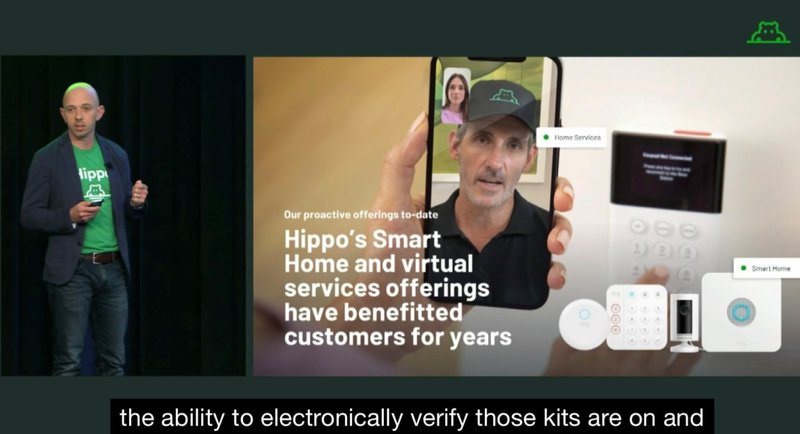 With the IoT Insurance Observatory research, I've seen many incumbent insurers doing much more better with he usage of smart home devices.

Being a promoter of smart home insurance approaches for a while, I believe their usage of this technology is pretty primitive. It is pretty disappointing to hear that the best they can actually do is only to know that the device is still active - and based on that - confirm the discount. The IoT paradigm should be used for something better. 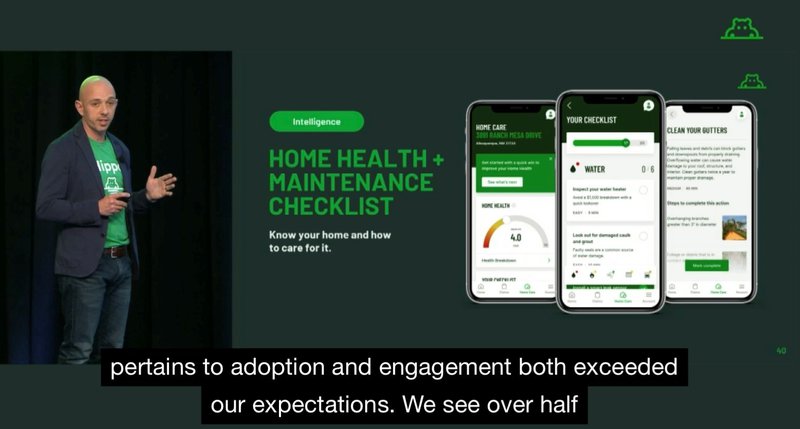 3) Home Care and Matenance Checklist. This tool to ingage with the policyholder and influence the behavior is definitely more interesting! The initial tractios had already been impressive with half of the policyholder (who downloaded the app) activating Home Care and one third of those implementing the recommendations. They implemented also a feature to provide a virtual service call. This will probably not impact the loss ratio in the short term but is has definitely a potential for a relevant return in a few years (I've already seen positive impacts generated by the usage of QR code based IoT approaches to promote compliance with safety and maintenance tasks). Some of the Home Care features seem to be the fondation for monetization. Hippo shared the ambition (even if still to figure out how) to sell additional services to its customers. 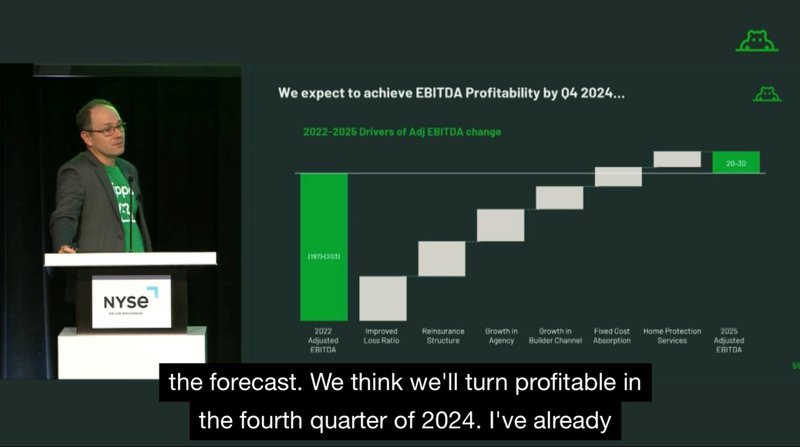 4) Book a pro. Here the monetization through a platform strategy of the home protection services!

One of my 2022 posts with the most considerable visibility, has been about "Why should an incumbent to buy one of the listed full-stack #insurtech carriers?". It was 11 months ago, circa, and I was pretty skeptical that there was any rationale for an incumbent.

Since then, evaluations have dropped significantly. So, maybe, it is time to consider this opportunity.

Above, I described a few elements that seem currently valuable in Hippo's approach (the embedded approach, the home maintenance app, and the professional services platform). All these digital assets would generate hundreds of millions of dollars in synergies on the homeowner insurance business of a large incumbent. Moreover, Hippo is currently trading at something below 0.5 their tangible book value. Their market cap is around $270M (about -85% in the last 12 months). 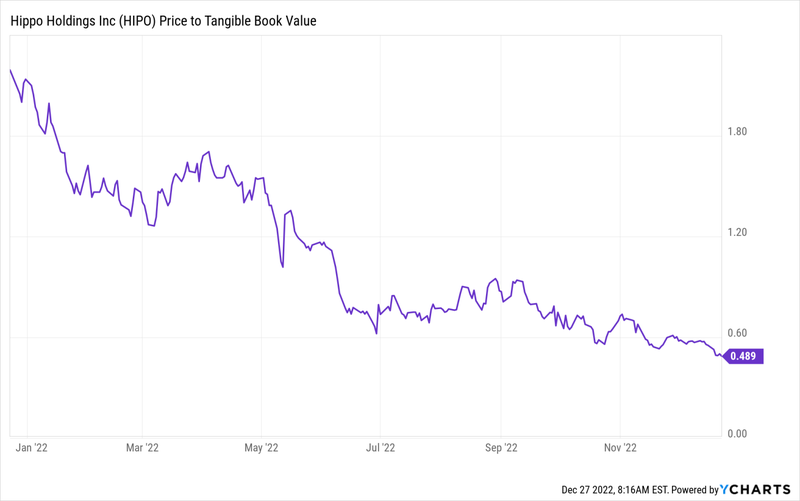 I would not be so surprised to see an established US insurance incumbent acquiring them at the current evaluation as an answer to the bold innovation moves already done by some of their competitors on homeowner insurance (e.g. https://bit.ly/StateFarm_SmartHome). Jan. 11, 2023 • Mykyta Grechyna
. Crypto companies do not have bank-like or securities firms-like regulation, and to date, there is no single oversight governmental body over the industry.
Read more »

Jan. 10, 2023 • Abay Serkebayev
When we analyze promising areas for development, we see that cybersecurity and artificial intelligence will be the fastest growing segments in 2023. What other trends should we expect?
Read more » What is happening? Why are traditional banks still alive and not going to die?

Jan. 9, 2023 • Ivan Nevzorov
A considerable part of the market is still occupied by traditional banks, which sometimes have little to do with Fintech
Read more » Neobanks and the Customer Retention Dilemma