FinTech software, such as banking applications and financial institutions, is more critical than ever.

FinTech software, such as banking applications and financial institutions, is more critical than ever.

We live in a world where we rely heavily on programs that make our lives easier on a regular basis. In the past, all of these banking processes were executed manually, making them prone to human errors.

But today, a large portion of these processes is automated. Banks provide the most secure transactions and tend to have a user-friendly interface that can easily be used and understood by every target group.

Back in the days when banking software started to gain a lot of attention, Java was the programming language of choice for several reasons. The two main reasons were:

Java, as a programming language, was offering precisely that: excellent safety and portability features. Let's take a closer look at this.

Java's components are designed to restrict data access and provide a number of memory safety features that help mitigate vulnerabilities caused by common programming mistakes. Java banking applications are reliable and that's the first and foremost reason why banks choose Java. For a more extensive overview of the security features of Java, take a look at this documentation.

Memory leaks are reduced and controlled through automatic garbage collection. The Java Virtual Machine (JVM) makes the language special because you can run Java bytecode on any OS-independent machine.

The performance of the JVM was not that brilliant at first. For that reason, it was considered to be a slow language. It eventually got perfected and it's very high-performing today. In fact, banking projects in Java have shown excellent results.

The official Java documentation is extensive and well-organized. Javadoc is a tool that comes with the Java Development Kit (JDK), generating HTML-formatted Java code documentation from Java source code. You can start developing right away as the language is open-sourced.

Oracle updates Java every six months, modifying and upgrading it to be up-to-date with the latest technology. It makes sure the language is always up to speed with new security issues and attacks hackers are developing. In fact, all customers can have corporate support.

To reduce hardware expenses, the banking industry is rapidly embracing cloud-based technologies. Java is a server-side programming language that makes moving to cloud computing accessible. Java developers only need to focus on code deployment and ensure it passes the appropriate unit tests during the development phase.

Java has a large developer community. If you get stuck on something, you can always get help from the Java developers and community stack. Since Java is an open-source language, many developers participate in creating and developing libraries and features that improve the language.

Java can make the operation, maintenance, and expansion of software-as-a-service applications easier and more cost-effective.

Most FinTech products require powerful data management tools, which Java excels at. Java is the way to go if you want to build a data-heavy financial project that uses artificial intelligence or machine learning (where the synopsis of an online banking system in Java evidently includes data collection and analytics).

Each update of the language comes packed with FinTech friendly libraries. There are tons of such libraries used in financial institutions, in addition to robust database libraries. Banking software is already in production and used by millions of users. FinTech uses a lot of big data software that is written in Java and is open-source; therefore, it's immediately accessible to developers at no cost.

A distributed environment is required for all modern financial programs. As a result, programmers must look for techniques to make remote computing easier. 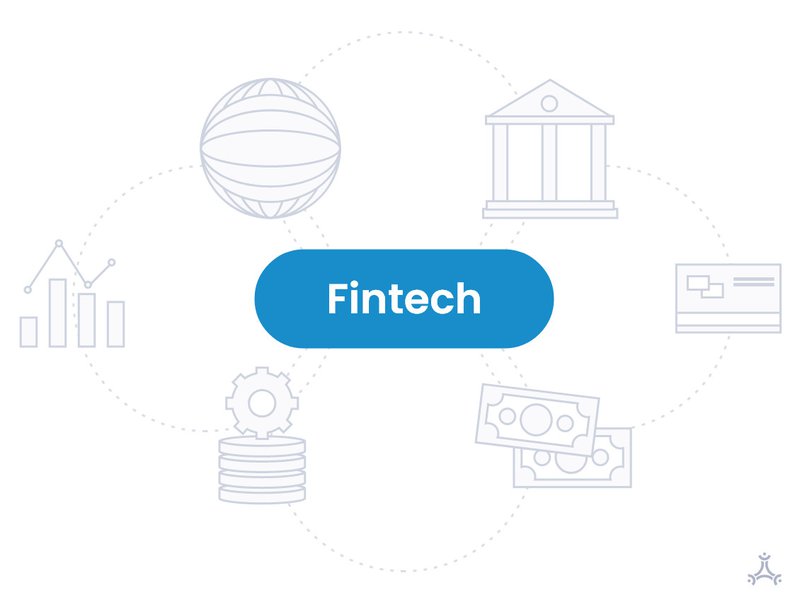 The Spring Boot Framework (using Java) used in microservice architecture and the OpenAPI specification are one of the best ways to build a banking service. In fact, most modern banking services are taking this approach, and it's going quite well for them.

The OpenAPI, previously Swagger, is a specification for machine-readable interface specs that describe, produce, consume, and visualize RESTful web services.

The true power of this is the ability to focus on one specific banking operation, which is converted into service, or a microservice to be precise. It focuses solely on that one action and captures it well while communicating with other services that the bank uses.

It's very easy to release a new version of the service and make a hotfix when needed for the already released version. Deployment can be very well organized with software like Kubernetes (open-source container-orchestration system for automating computer application deployment, scaling, and management).

In most cases, banks want to buy software from a well-proven banking software platform provider. Sometimes they prefer to acquire a certain part of the whole core banking platform.

So, anytime a bank needs a software that has been proven and relies on continued maintenance from the vendor, the bank purchases it, and its IT team integrates it with the bank's existing software. This is how they handle software upgrades and new features.

Creating such capabilities by using Java is clean, secure, and easy. Work is always divided among teams. Each capability belongs to a certain team, and they integrate the whole banking structure together.

Banks and financial institutions cannot afford to make any errors.

The penalty for doing a poor job on their software is severe, and the reward for doing a good job is almost non-existent.

In other words, there isn't much incentive to take chances with software development in this environment. That's why institutions like these are so conservative, sticking to what works rather than experimenting with new languages.

For FinTech companies, one of the most desired Java features is its portability. It's called portable because the Java compiler produces Bytecode output.

Java includes networking capabilities, making distributed computing easier to use, which is a must for banks and financial institutions. Also, let's not forget that integration with Java banking apps and third-party services, systems, and applications, can be done almost effortlessly.

This practice for Java-based banking software is very well-accepted in the banking industry. It'll continue to be so in the future, considering the language serves the needs of FinTech.

Even though Node.js is also a choice for banking projects, Java is still the preferable option.

This article was fist published here

Hristina is a senior software developer specializing in Java. In the last four years, she has been working as a Java backend developer in the banking domain industry. She's a Bachelor of Engineering in applied e-technologies.


How Financial Institutions are creating technical debt in their transition to Cloud Impact of AI on FinTech AI-Powered Finance Assistants In the Corporate Sector: Do The Benefits Outweigh The Costs? A Consolidated Guide on Distributed System in Fintech The End of the Credit Score? When tension meets technology: How banks are finally striking gold with customer data

What won't happen in technology in 2022