Blockchain at sea – the perfect wave?

Can blockchain technology play a significant role in the maritime economy?

The development of new technologies and the associated digitization of business processes are also affecting the traditional sectors of the economy. The maritime industry looks back on the long history and times of marine expansion in the Middle Ages. The maritime sector is also one of the most important economic areas in Germany, Europe, and around the world. A blockchain is a continuously expandable list of records concatenated using cryptographic techniques. The cryptographic chaining method in a decentralized accounting system is the technical basis for cryptocurrencies, but can also help to improve or simplify transaction security compared to centralized systems in a wide variety of systems. One of the first applications of Blockchain and the technology behind it are directly linked to the cryptocurrency Bitcoin. How could the maritime industry benefit from the use of blockchain technology? Which application scenarios for blockchain technology have already been investigated and implemented in the maritime sector and, in principle, in logistics? This article is dedicated to these questions.

For a foreign trade-oriented country like Germany, a high-performance, competitive maritime economy is of great macroeconomic importance, especially in terms of the competitiveness of the G7 economy as a business location and securing economic growth. Estimates assume an annual turnover of up to € 50 billion and up to 400,000 jobs that are directly or indirectly dependent on the maritime economy in Germany. In other countries, maritime trade also plays an outstanding role – after all, it is one of the engines of the global economy. The maritime industry is thus one of the most important economic sectors in Germany. The maritime sector is characterized by a modern shipbuilding and shipbuilding supply industry, which is often specialized in high technology products, with predominantly strong positions in global competition, leading international shipping companies, especially in the field of container shipping, an efficient port industry and logistics as well as an innovative maritime industry and renowned maritime scientific research and training institutions.

Correctly, Blockchain technology could be used to monitor and track the great delivery routes. There is also the possibility of using the technology directly in the context of cooperation between customs institutions. This possibility is based on the suggestions of scientists of Capgemini Germany. According to its proposal, the customs institutions of the EU countries could become participants in a decentralized blockchain system and thus, in the context of consensus, decide on the organization of cooperation and, in particular, the admission of new participants. For example, the progress of cooperation between customs institutions could be achieved by including every delivery on reaching the EU border, and thus the first customs inspection within the EU, immediately with all relevant data on that supply in the form of a transaction in the blockchain and therefore the other participants in the system, namely the participating customs authorities. As a result, the use of blockchain could thus contribute to strengthening the fight against illegal imports and also to counteract changes in cargo content between customs controls.

Ironically, the ability to seamlessly store and track data is an example of application to delivery routes. A possible use case could include the following steps in detail. In the first step, the producer accepts the order and produces the steel rails according to the order. The production data are recorded in the blockchain, and the rails are certified according to their quality criteria during production. In the blockchain, a so-called digital shadow is then saved from the complete order, which makes the delivery unique and thus identifiable at all times. The delivery now makes its way to the destination point and independently decides on the route and the carrier on the basis of provider data provided via the blockchain. Thereby transport information and conditions are recorded. The Blockchain logs seamless transport routes and the origin and thus prevent any fraud, such as the replacement of rails of inferior quality. At the destination, the product is correctly installed by appropriately certified specialist personnel. In the final step, a new digital shadow of the fixed rails, including all integrated components, is stored in the blockchain.

The possibility of using blockchain technology becomes even more evident based on the already implemented and ready-to-use application scenarios:

A Pilot project of the Pacific International Lines

Pacific International Lines (PIL), one of the largest shipping companies in Southeast Asia, has tested the combination of electronic bill of lading and blockchain technology in a pilot project with IBM. Time and cost savings, as well as the reduction of potential fraud, have been impressively demonstrated by the delivery of 3,000 boxes of fresh mandarins.

The result of the application of blockchain technology resulted in drastically reduced delivery times and significant savings in administrative costs. To transport perishable goods such as these citrus fruits, companies need fast document processing and rapid cargo release for shipment. Currently, however, such delivery takes up to seven days. The main reason for this is lengthy processes in the transmission of shipping documents. The use of e-BLs (electronic bill of lading) on the blockchain allowed the transfer of the title deed in the pilot project within seconds. The pilot project showed that thanks to blockchain-based, electronic consignment notes, more transparent, secure, and seamless documentation paths could be created.

Request from the UPS to the US Patent Office

The patent indicates that the company relies on a combination of multiple blockchains. After the company’s planning, the blockchain should help ensure that all information and interfaces can be secured on the delivery route. In the long term, the new technology should ensure that lost goods are a thing of the past.

Advantages of using the technology for logistics

The application of blockchain technology brings with it several already documented benefits for logistics.

Due to the extensive delivery routes and a large number of participants in the logistics involved, the probative value of the corresponding documents plays a substantial role in the legal security and rapid allocation of goods. Blockchain technology provides greater visibility into the origin and real-time visibility of records, both traceable and tamper-proof.

In the maritime trade, the Bill of Lading (B / L) is a shipping consignment note, consignment note and security document that proves the shipping of merchandise and is one of the most important documents in shipping. The law reform of the maritime law pursued the goal of fundamentally streamlining and modernizing the law that has existed for 150 years. In the course of the change, the electronic bills of lading and electronic sea consignment letters were equated to those bound by paper, provided they maintained the authenticity and integrity of the record. In particular, it is combined with the provisions of § 516 para 2 of the German Commercial Code (HGB) and § 526 para 4 HGB, The essence of electronic bills of lading is with the execution of Smart Contracts namely: a fully automated contract handling, all agreements transparently and tamper-proof documented, connected. Also, the use of smart contracts could lead to the fact that the arrangements for the shipment of goods can be completely digitally mapped in the future. For the most part, such agreements are traditionally held on paper. In the future, dealers could, for example, record whether the supplier has complied with the cold chain or other requirements of the respective transit or recipient country when transporting food.

Furthermore, the application of the blockchain technology creates more security by preventing document fraud, which is in the present time 40% of all cases of fraud at sea. Not only bills of lading can be issued in electronic form. Other documents, such as insurance papers or certificates of authenticity, which are of importance in this and similar processes, should also be included.

According to BTC-ECHO about 90 percent of global trade is handled by container ships. Already implemented application scenarios demonstrate the benefits of using blockchain technology and, in particular, the execution of smart contracts in supply chains. Reducing administrative costs, preventing fraud, and providing legal certainty in international trade are just a few examples of optimizing economic relationships and international trade. The vast majority of container ships in global trade signal that there is an enormous potential for far-reaching blockchain – adoptions, especially in the field of the maritime industry. 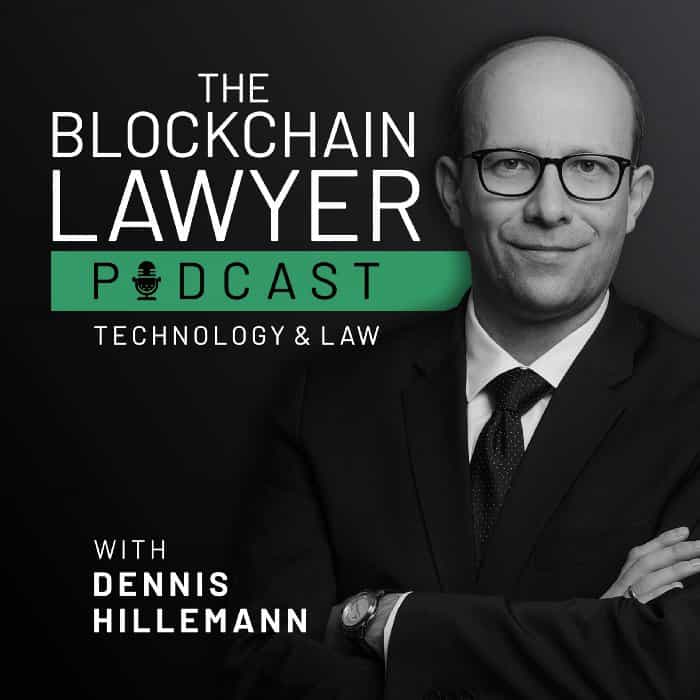 Dennis Hillemann is a lawyer with 13 years of experience working in the public Sector. Blockchain technology is his passion. He writes about it regularly and speaks at events about the benefits it can offer for our future. He also runs a Podcast on the topic. Read more about him here.